In the UK, all service providers need to signpost consumers to a government authorised consumer redress scheme. The Cosmetic Redress Scheme (CRS) provides dispute resolution for the cosmetic market. Please see our Complaints Policy for full details on the process for making a complaint.

There is a set of criteria which must first be met in order for a complaint to be considered by the Cosmetic Redress Scheme:

2. The Complainant must show that a formal written complaint has been sent to the Member within 12 months of the incident related to the complaint occurring.

3. The Complainant has allowed a minimum of 8 weeks for the Member to investigate the matter and respond fully.

The CRS are required to put these time limits in place to enable them to deal with complaints fairly and they are deemed reasonable under the Arbitration Act 1996.

Once the above criteria have been met, the Complainant is able to raise a complaint about the Member with the CRS. The complaint must be raised using the CRS Complaint Form. When completing the form, the Complainant must explain all the reasons why the complaint is being raised, the actions that have been taken and also include all relevant evidence. This must include the letter/email of complaint and, if applicable, our Member’s final response. It may also include copies of other communications received from and sent to the Member, including any settlements offered and relevant contracts/agreements and associated documentation. 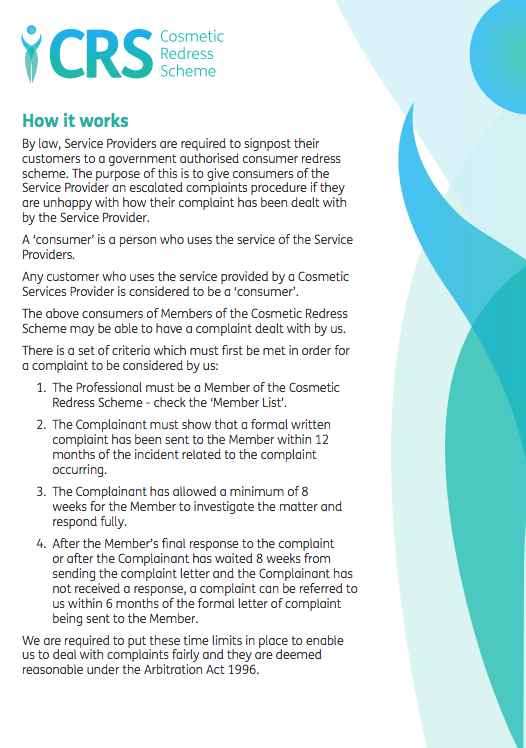 © The Maitland Clinic 2022 All Rights Reserved.

By continuing to use the site, you agree to the use of cookies. more information